Coffee Varieties Guide – What Is It & Why Is It So Important

Coffee is just like fruit. Well, to be totally accurate, coffee IS a fruit. A coffee bean as we know it is the seed of a cherry-like fruit. Just like apples, pears, and peaches, coffee has loads of different varieties. And again, just like other fruits, a coffee variety is responsible for many of its flavor characteristics.

Let’s dive in and take a look at the world of coffee varieties!

What Is a Coffee Variety

Variety is the bottom rung of the hierarchy ladder of the coffee plant. Toward the top of that ladder (not at the very top), we find the genus— Coffea. All coffee, whether it be robusta or arabica, falls under this big heading.

The next rung on the ladder is the species. Here, we’ll find arabica, robusta, and the less commonly known— liberica species.

Finally, below species, we find the variety. Often referred to as the cultivar, coffee varieties are distinct from one another in many ways. But they are free to breed with other varieties, creating what is known as hybrid varieties.

While a coffee’s variety plays a big part in the flavor of a cup of coffee, variety isn’t everything. The freshly brewed flavor of Ethiopian coffee is thanks not only to variety but to the soil, rainfall, altitude, and processing that the coffee plants seeds.

Also originally hailing from Yemen, the bourbon variety naturally developed on the island now known as La Réunion. Being the parent of mutations such as Caturra and yellow, pink, and orange bourbon, the bourbon variety is much loved by coffee geeks worldwide. Its seeds are usually rounder than that of typica coffee. 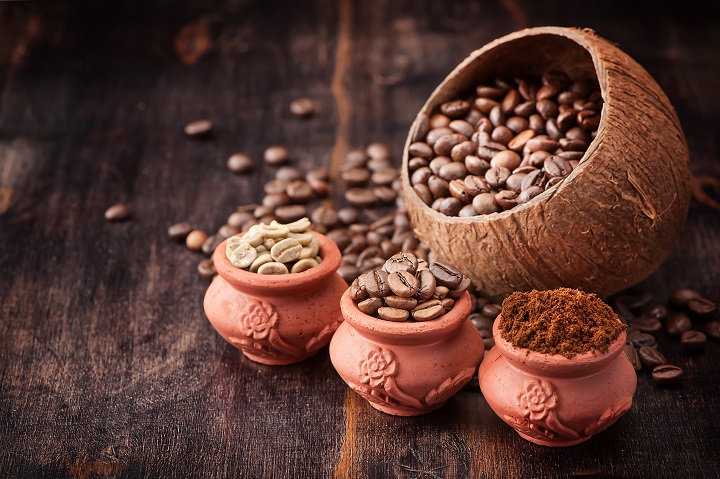 Java is considered a direct descendant of the coffee brought from Yemen over to the Indonesian island of Java. The Java variety was spread to nearby islands in the area, such as Timor, before eventually arriving in Africa.

First found in Brazil, Maragogype is a genetic mutation of the typica variety. Its seeds are large compared to most other typica coffee, which is why they are often referred to as “Elephant Beans.”

Kent is a variety that is often selected for its resistance to a coffee plant disease known as leaf rust. Discovered in India, Kent is a natural mutation of typica. Kent coffee is now fairly common throughout East Africa, including Kenya and Tanzania.

Bourbon Pointu, also known as Laurina, is a naturally occurring bourbon mutation. It was originally found on La Réunion island and has since spread to origins like Costa Rica and Brazil, to name a couple. Laurina is known for being a high-quality coffee with low caffeine content.

Caturra is known as a dwarf plant. Basically, it’s a really small version of the red bourbon coffee variety. Found in Brazil, caturra coffee plants produce high yields and can delicious coffees in the cup.

Another bourbon dwarf mutation, pacas is a naturally occurring mutation that was found in El Salvador. Pacas coffee does well when grown at high altitudes, producing high cup quality. It is one of the parents of the well-known pacamara variety, along with the typica variety maragogype.

Developed by Scott Laboratories in Kenya, both SL28 and SL34 have a little contention about their exact lineage. Some consider both to be directly from the bourbon variety, while others think they both came from selecting Ethiopian coffee varieties. Since its inception, SL28 has become synonymous with Kenyan coffee.

Known for its small size, moka is yet another dwarf mutation of the bourbon variety. Thought to have originated in Yemen, moka, or mocha, or mokka is supposedly named after the port of Mocha in Yemen.

Originally found in a village called Sarchi in Costa Rica, Villa Sarchi is a natural mutation of the bourbon variety. 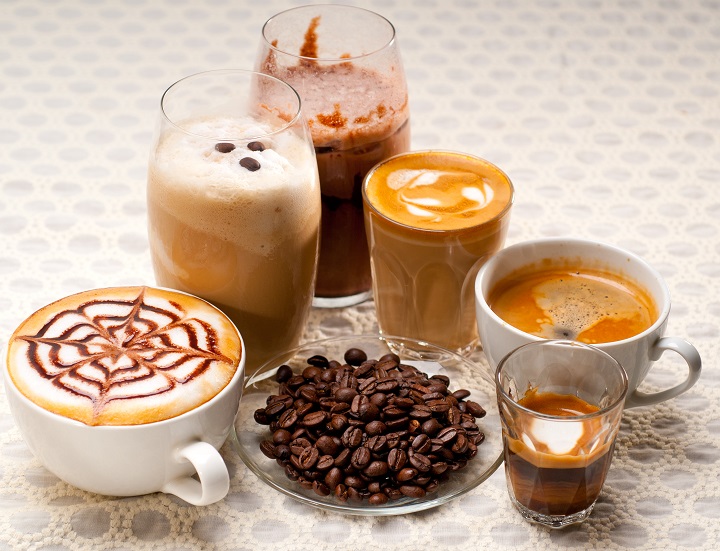 Pacamara is a hybrid of the pacas and maragogype varietes. Sharing attributes of both its parents, it gains the benefits of high fruit production, thanks to the paca, while also growing large cherries, thanks to the maragogype.

Catuai is probably one of the most well-known coffee varieties around. It makes up around 50% of Brazil’s coffee production. With its parents being Mundo Novo and Yellow Caturra, catuai is a high-yielding coffee that is quite strong, resistant to wind and other environmental elements.

Catimor was developed in Portugal as a high-yielding, disease-resistant coffee plant. As a hybrid of caturra and timor hybrid, it does achieve its goals. Thanks to timor hybrid’s genetic roots that stem back to the robusta species, catimor does display some resistance to diseases and pests.

Possibly the most famous of all the coffee varieties, Blue Mountain is a typica mutation originally found in Jamaica’s Blue Mountains. Blue Mountain coffee is also grown on Kona island in Hawaii but can be quite fickle and hard to grow in many origins.

What most would consider the world’s best coffee beans, gesha coffee is both delicate and intense. Originally hailing from the forests of Ethiopia, geisha was only crowned the queen of coffee after it was rediscovered in Panama. Gesha coffee is now not as rare as it used to be, thanks largely to the incentive of the high price it fetches for the coffee farmers.

As with espresso machines, grinders, and sophisticated coffee mugs, spending more money typically buys you a higher quality. While this isn’t always the case, so long as you buy your coffee from a reputable coffee roaster, the higher quality beans will always be more expensive.

These higher-quality coffees not only taste better, but they are often organic. Organic coffee farming helps to preserve natural pest-deterrents, which makes them a good choice overall. 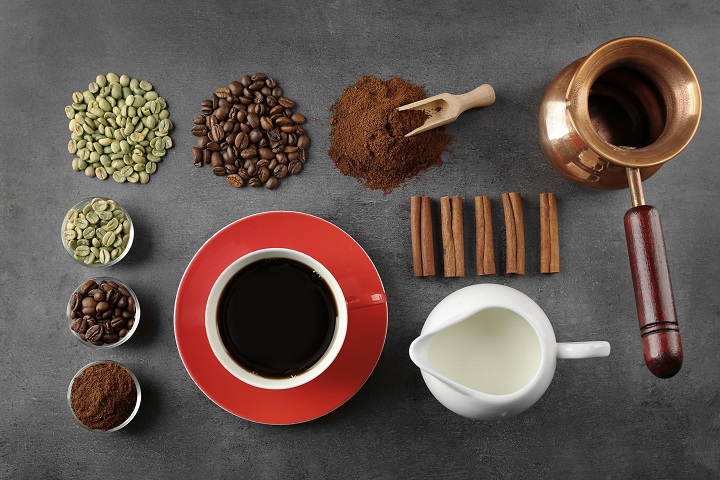 Why does it matter what variety my coffee is?

Variety in coffee matters in the same way that variety in fruit matters. Each coffee variety tastes different. Knowing the variety of coffee you are drinking will help you learn about the coffees you enjoy and the ones you don’t. Certain varieties might work great in a rich, creamy flat white coffee, while others are tastier as an AeroPress.

How many coffee varieties exist?

There are far too many ever to know. Considering that 10,000 varieties are growing in the wild forests of Ethiopia alone, who knows how many there are global! It’s amazing how vast and varied the incredibly delicious flavors of Arabica coffee can be.

Where can I find the variety of coffee that I purchase?

The variety of coffee is usually printed on the coffee bag. If the variety isn’t written there, chances are the coffee roaster themselves don’t know the variety. You might be familiar with this problem if you are a K-cup user. If you want to know the variety going into your cup, try using reusable K-cups that can be filled with your favorite coffee.

What are the best varieties of coffee?

While it’s impossible to say which variety is the best (everyone likes different things), some of the most popular varieties include red bourbon, gesha, caturra, and SL28.

What is the most expensive type of coffee?

At the ‘Best of Panama’ green coffee auction in 2020, a geisha variety coffee from the Finca Sophia farm fetched the record-breaking price of $1,300.50 per pound. Finca Sophia smashed the previous record by almost $270 per pound.

The world of coffee varieties is almost never-ending. There are still so many varieties to be discovered; you’ll never run out of different coffees to try!